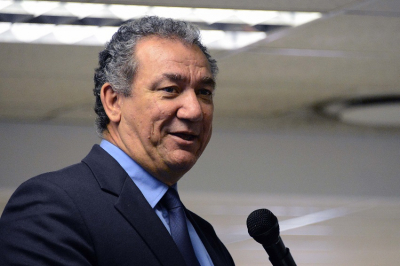 The Portfolio Committee on Sports, Arts and Culture has warned the South African Sports Confederation and Olympic Committee (Sascoc) to get its house in order to avoid jeopardising the country’s preparations for next year’s games in Tokyo, Japan.

The committee raised the concern during a briefing on Sascoc’s preparations for its annual general meeting (AGM), and the arbitration process of the acting President, Barry Hendricks.

Committee chairperson, Beauty Dlulane, questioned how the AGM is going to run smoothly in November, when there are already signs of distrust of the International Olympic Committee (IOL) facilitator, Sam Ramsamy, with some board members accusing him of favouritism and discriminating against some associations and sporting codes.

“We are very worried how Sascoc is going to monitor the AGM if the highest official of the IOL, who is going to look after the elections, is not trusted by some members and associations.

"We want a speedy recovery of Sascoc to ensure the smooth preparations for Tokyo 2021, so that other member associations, like Cricket SA, can also be assisted to get their house in order,” Dlulane said.

The committee also heard that the Sascoc board took a resolution to discontinue all disciplinary proceedings against Hendricks and demanded reasons, as well as background, on the charges.

Tweet
More in this category: « Sun City the home of the 2020 South African Open. Showmax and SAFA sign a 5-year sponsorship agreement. »
back to top