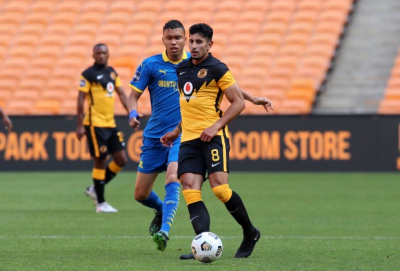 Ruthless Mamelodi Sundowns get another one over Kaizer Chiefs with comfortable 3-0 win in the opening day's league action at the FNB Stadium.

Chiefs had the first chance to open the scoring just three minutes into the game, with Khama Billiat firing off a volley which required a sharp save from Sundowns goalkeeper Dennis Onyango.

Sundowns settled into the game and began to test out their hosts’ defence with some probing passing, while Chiefs goalkeeper Itumeleng Khune had a couple of nervy moments – in particular a poor clearance midway through the half which would have cost a goal were it not for a fine recovery from Ramahlwe Mphahlele.

New signing Peter Shalulile took advantage of a goalkeeping error from Itumeleng Khune to score his first goal at Sundowns for their 37th-minute lead. Another new man, Kermit Erasmus, made it 2-0 scoring on debut in the 54th. Themba Zwane struck the third from the spot in the 88th.

The teams will return to DStv Premiership action this coming midweek, with Chiefs away to Chippa United on Tuesday 27 October and Sundowns hosting Tshakhuma Tsha Madzivhandila the following day.