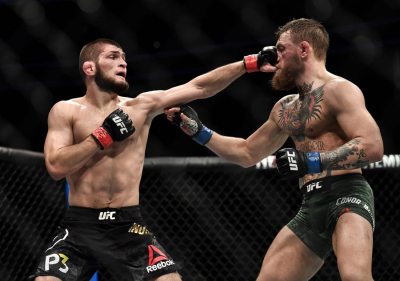 UFC lightweight champion Khabib Nurmagomedov has stunned the mixed martial arts world by announcing his immediate retirement from the sport.

"Today, I want to say, this was my last fight," Nurmagomedov said.

The news came moments after Nurmagomedov had extended his perfect professional record to 29-0 with a second-round triangle-choke submission of interim champion Justin Gaethje at UFC 254.

The 32-year-old Russian had already been touted as the greatest MMA fighter of all time but his retirement immediately reignited the debate over where he ranks in the history of the sport.

MMA only emerged in the 90s, and to see UFC and other organisations continue to popularise the sport at an international scale is quite inspiring from a neutral sports fan’s perspective.

The growth of MMA has also seen an increased number of digital publications created by fans, including Tapology. The website shares content related to MMA, boxing and more, allowing fans to always stay up to date with anything newsworthy in the world of combat sports. The site also fosters debate between fans through forums and discussion pages.

He fought against all styles. From powerful strikers to decorated wrestlers, from knockout artists to submission specialists, Nurmagomedov beat them all.

His rise to the top eventually saw him fight for the UFC lightweight title at UFC 223, where he defeated late replacement Al Iaquinta by landslide unanimous decision to capture the title in Brooklyn, New York.

He went on to defend it three times, against Conor McGregor, Dustin Poirier and, most recently, Gaethje. He submitted all three as he cemented his place as the most dominant lightweight champion in UFC history.