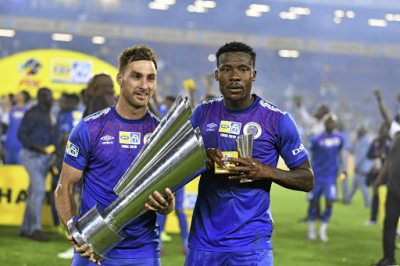 Orlando Pirates and Kaizer Chiefs, have been scheduled for back-to-back weekend fixtures in the semifinals of the MTN8.

The first leg of the MTN8 semifinals will be this coming weekend, 31 October and 1 November. The second leg will be on the following weekend; 7 and 8 November.

On Saturday, Orlando Pirates will host rivals Kaizer Chiefs on act one of the two scheduled Soweto Derby encounters of the MTN8 at Orlando Stadium.

And SuperSport United and Bloemfontein Celtic will exchange blows at Lucas Moripe Stadium on Sunday.

Kick-off time for all four MTN8 semifinals is 15h00.

Tweet
More in this category: « Arteta vents frustration after Arsenal stunned late on by Leicester. The SA National Short Course Swimming Championships - Day 03. »
back to top