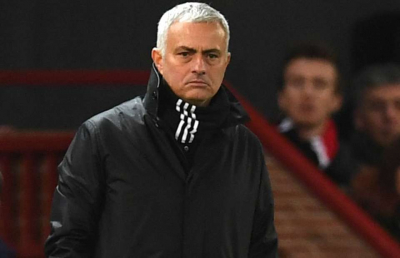 Son Heung-min and Harry Kane linked up yet again for the only goal as Tottenham claimed a fortunate win away to Burnley.

That is the 29th time the pair have combined for a Premier League goal, while Son is now the division's leading scorer with eight.

Burnley were unfortunate to lose with Ashley Barnes having a goal ruled out for offside and Kane clearing a James Tarkowski header off the line.

Sean Dyche's Clarets remain in the relegation zone on one point, while Spurs move up from 11th to fifth.

Meanwhile Tottenham boss Jose Mourinho says he did not play Gareth Bale against Burnley through fear of taking one of his more defensive players off the field.

Indeed, the forward combined with Harry Kane once again to deadly effect to hand the visitors a crucial win, with a clean sheet to boot.

Speaking after the game, Mourinho insisted that he wanted to protect his side’s narrow lead.

"In the second half the game was much more under control and it gave me some question marks and doubts that I was discussing with Joao and Ledley (his assistants)," the manager told Sky Sports.

"This is the kind of match where if you take too many risks, you can lose it."

Asked if that was the reason why Bale did not play,Mourinho said: “It’s not just about Bale, but I thought of many occasions of bringing Reguilon to the game because he’s very fast through the corridor.

"I thought many times about playing (Giovani) Lo Celso together with Ndombele. That would mean to lose Ben Davies, lose (Moussa) Sissoko.

"When you lose aerial power against Burnley instead of winning, instead maybe you lose.

"This is the way they do it and when they take the game to the way they want they are also close to winning from a set-piece in a long ball to the box."