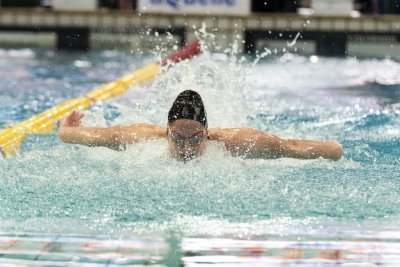 The SA National Short Course Swimming Championships successfully concluded today with 5 athletes swimming a total of 10 FINA Qualification times during the four-day competition, which was held at the Seals Swim Centre in Pietermaritzburg.

The freestyle gold and silver were won by Douglas Erasmus and Pieter Coetze in 22.17 and 22.58, respectively.

Christian Sadie wrapped up the event with two more South African Records, this time in the S7 200m individual medley with a time of 2:31.64 and the S7 50m freestyle in 28.73.

Swimming South Africa’s High Performance Manager, Mr Dean Price, said that what they have seen over the last few days of competition is very exciting and the swimmers are highly motivated.

“We have had an incredible Championships here in Pietermaritzburg with a lot of standout performances, like Matthew Sates, who has been lifting the standard on the men’s side and of course powerhouse Tatjana Schoenmaker breaking South African and African records.

“We have also seen the likes of Rebecca Meder, Aimee Canny and Kaylene Corbett put in some fantastic times and we have been very excited with the performances all around.” concluded Price.

Tweet
More in this category: « Khune makes return to Bafana Bafana squad for Sao Tome. Bumper 2020/2021 international season ahead for the Proteas. »
back to top