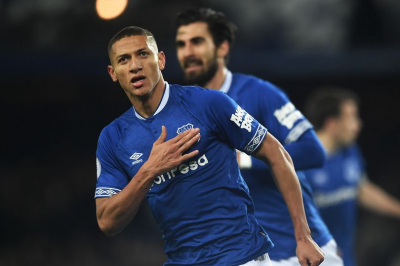 Everton missed the chance to return to the top of the Premier League as Callum Wilson scored twice to give Newcastle a first win in three matches.

Wilson opened the scoring - converting a penalty he had won after being fouled by Andre Gomes - and then tapped in a second from Ryan Fraser's looping cross.

The result means Carlo Ancelotti's side remain second, three points behind Liverpool, while the Magpies move up to 10th.

Steve Bruce's side could have added to their tally but Sean Longstaff's powerful close-range effort was brilliantly saved by Robin Olsen, starting in goal for Everton in place of England goalkeeper Jordan Pickford.

Dominic Calvert-Lewin's late goal was not enough to prevent Ancelotti from losing consecutive league games for the first time since September 2014, when he was in charge of Real Madrid.

Meanwhile James Ward-Prowse scored two superb free-kicks on his 26th birthday to help Southampton, who led 4-0 at one stage, move up to third in the table.

Elsewhere all a bit scrappy at the moment. Pogba and Fernandes with early touches on the ball, before Fred piles through midfield. Fernandes plays it into Greenwood's feet, but he's dispossessed. Live Updates: Arsenal 0 Man United 0*.

Tweet
More in this category: « United,Celtics settle for a share of the spoils - MTN 8. Ibrahimovic late stunner secures AC Milan win,CR7 marks his return with a brace. »
back to top