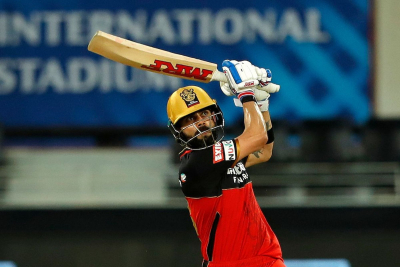 Sunrisers Hyderabad (SRH) defeated Mumbai Indians (MI) by 10 wickets in the 56th match of the 13th season of IPL. With this victory Hyderabad secured their place in the play-offs.

SRH openers David Warner and Wriddhiman Saha played unbeaten knocks of 85 and 58 respectively as the team chased down the target of 150 runs comfortably in the 18th over. With this win, the team has claimed the third spot on the points table.

SRH got off to a brilliant start with Warner and Saha scoring regular boundaries. The duo kept on hitting boundaries and took their side over the 50-run mark in the sixth over.

Mumbai Indians bowlers utterly failed to stop the SRH's openers and the batsmen completely dominated their opponents. Continuing with their stunning form, both took the team past 100 runs in the 12th over and also completed their respective half-centuries.

Warner and Saha kept on smashing the bowlers as they easily took the team over the line.

Sent to bat first, Mumbai Indians got off to a bad start as the side lost its skipper Rohit Sharma (4) in the third over of the innings. Sandeep provided the first breakthrough to SRH. Quinton de Kock played a quickfire cameo of 25 runs off just 13 balls but his innings was cut short by Sandeep in the fifth over as he clean bowled the left-handed batsman, reducing Mumbai to 39/2.

Ishan Kishan and Suryakumar Yadav then put on a stand of 42 runs for the third wicket. But as soon as Mumbai started to gain an upper hand, Shahbaz Nadeem had Suryakumar (36) stumped in the 12th over. In the very same over, Nadeem dismissed Krunal Pandya (0), reducing Mumbai Indians to 81/4.

In the 12th over, Rashid Khan sent Saurabh Tiwary (1) back to the pavilion and Mumbai Indians were left in a spot of bother at 82/5. Ishan Kishan and Kieron Pollard tried to retrieve the innings for Mumbai, but in the 17th over, Sandeep Sharma bowled Kishan (33), reducing Mumbai Indians to 115/6.

In the final two overs, Kieron Pollard added 26 more runs to Mumbai's score, and as a result, the side respectable total on the board.

Mumbai and Delhi face each other in the first qualifying match on Thursday, with the winner advancing straight to the final on on Tuesday 10 November.

Tweet
More in this category: « Banyana Banyana started their defence of COSAFA Championship with a dominant win Chippa United secure their first win in the DStv Premiership. »
back to top