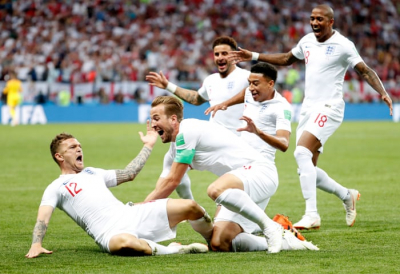 England's Nations League match against Iceland is in doubt because of the UK government's new travel ban on non-UK visitors coming from Denmark.

The restrictions relate to concerns over a new coronavirus strain that has spread from mink to humans.

Iceland are set to play Denmark in Copenhagen three days before facing England at Wembley on 18 November.

"Unlike other travel to the UK, there will be no exemptions to this quarantine policy," the guidance says.

Since June, elite sportspeople have been exempt from coronavirus-related travel restrictions.

The Football Association is awaiting clarification from the government. The latest rules, which took effect at 04:00 GMT on Saturday, will be reviewed after a week, the Department For Transport said.

European football governing body Uefa's coronavirus protocols state that international matches allow for a game to be rescheduled at a date fixed by Uefa, or to be played in a neutral venue if necessary.

Uefa is understood to be studying the matter.

Under the new rules, UK citizens and visa holders can return from Denmark - but will have to isolate along with all members of their household for 14 days.

That means Danish Premier League stars may also have to isolate for 14 days upon their return if they travel to the country for international duty. That would affect Leicester goalkeeper Kasper Schmeichel, Everton's keeper Jonas Lossl, Chelsea defender Andreas Christensen, Southampton centre-back Jannik Vestergaard and Tottenham midfielder Pierre-Emile Hojbjerg, who are all in the squad.

It could also affect Sweden's British-based players who are set to play Denmark in a friendly on Wednesday including Manchester United defender Victor Lindelof, Newcastle full-back Emile Krafth and Everton goalkeeper Robin Olsen.

World governing body Fifa's rules, issued at the start of the pandemic, allow clubs to withdraw players from international duty if there is a risk of coronavirus infection.

Liverpool are also due to play away at Danish side FC Midtjylland on 9 December in the Champions League.

Tweet
More in this category: « Zverev beats Nadal to reach Paris Final. Lazio score another stoppage-time goal to rescue a 1-1 draw at home. »
back to top