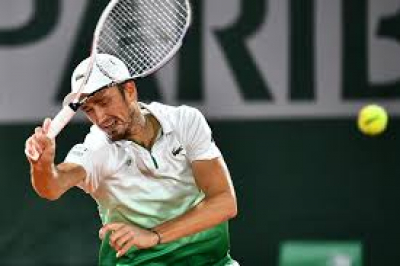 German Zverev, who won two titles in as many weeks in Cologne last month and beat Rafael Nadal in Saturday's semi-finals, took an early advantage.

It was only in his second win in seven meetings with Zverev, adding to his 2019 Shanghai Maters Final success.

And after a closely fought opening two sets against 23-year-old Zverev, ranked seven in the world, he raced into a 4-0 lead in the decider and soon wrapped up an impressive victory.

"It is great. I am really happy,"said Medvedev in an on-court interview. "I don’t show this after the match, but I am really happy to win matches. Before the tournament, I was not in my best form, playing not so bad with zero finals this year. I was complaining to my wife like, ‘Oh my god, I don’t have the level. I don’t even have one final. I am playing so bad.’ Finally, I am the winner of Bercy, a tournament that I love."

Tweet
More in this category: « Pirates set up a MTN8 final date with Bloemfontein Celtics. Primoz Roglic wins 2020 Vuelta a España. »
back to top