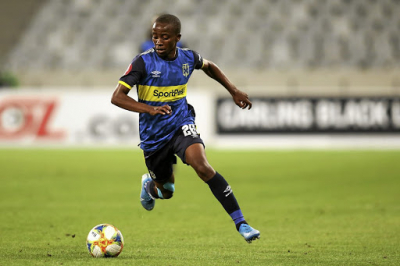 Speaking to journalists in Durban ahead of Friday’s Africa Cup of Nations qualifier against Sao Tome at Moses Mabhida Stadium, Ntseki said qualification for those two major tournaments was the marker for SAFA’s blueprint.

Bafana Bafana take on Sao Tome at Moses Mabhida on Friday, 13 November in a match whose kick-off will now take place at 21h00 before travelling to Port Elizabeth to meet the same opponents. The match in Nelson Mandela Bay kicks off at 15h00 on Monday, 16 November.

Bafana Bafana has had a number of withdrawals with Thibang Phete, Andile Jali, Abubakar Mobara, Thami Mkhize and Thulani Serero all out due to medical reasons. They have been replaced by Musa Lebusa, Vincent Pule, Thapelo Morena, Tshepo Rikhotso and Thabo Nodada.

The Senior Men’s National Team will train later on Monday at the match venue with a depleted squad. Still to arrive are Kamohelo Mokotjo, Bongani Zungu, who played his first game for Glasgow Rangers where he came in the last 45 minutes, and Dean Furman. The three are all expected to arrive late on Tuesday.

Percy Tau and Keagan Dolly will land in Durban early on Tuesday while Luther Singh is expected in later on Monday.

Bafana Bafana will be expecting to bag six points from the two matches that will give South Africa a stronghold for qualification for the Cameroon AFCON tournament.

Tweet
More in this category: « Sergio Garcia withdraws from Masters after positive coronavirus test. Banyana Banyana cruised into the semi-finals in style. »
back to top