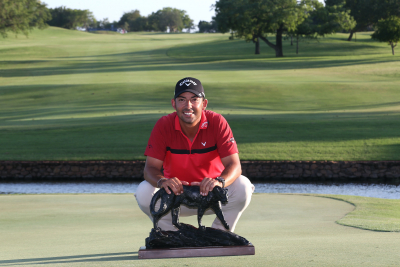 The Alfred Dunhill Championship at Leopard Creek Country Club will have its own "Big 5" in the field this year as five of the former champions of this prestigious Sunshine Tour and European Tour co-sanctioned tournament return for this year's showpiece from 26-29 November.

Defending champion Pablo Larrazabal of Spain returns following his dramatic 2019 victory in which he battled the intense heat and blisters and birdied the treacherous 18th to win.

He will be joined by 2016 champion Brandon Stone, who won the title in what was a breakout season for him in which he also won the South African Open to launch his European Tour career.

Richard Sterne returns as the 2008 champion and also the runner-up in 2016. A victory for him would make him only the third player after Charl Schwartzel and Pablo Martin to have won the Alfred Dunhill Championship multiple times.

Alvaro Quiros is back as the 2006 champion and as also the third Spaniard to have won this title alongside Larrazabal and Martin.

And Germany's Marcel Siem returns to Leopard Creek as the winner of the 2004 Alfred Dunhill Championship in January of that year, and following what is also still the longest playoff in the history of the tournament as he battled for three extra holes against the French duo of Gregory Havret and Raphael Jacquelin.

This year's Alfred Dunhill Championship boasts the biggest purse on the Sunshine Tour of R29 million and it anchors a strong run of three European Tour co-sanctioned tournaments in South Africa also including the Joburg Open and the South African Open.