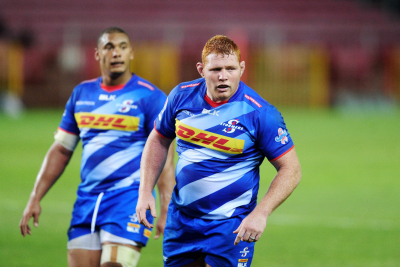 The Stormers produced a sterling performance to claim a deserved 30-13 victory over the Cheetahs at Newlands.

This was the last game at Newlands for the Cape side, who will travel to Durban to face the Sharks next weekend before Western Province carries the campaign over to the Currie Cup.

The victory also has the Stormers leapfrogging the Sharks into second place in the Vodacom Super Rugby Unlocked standings, and they are now just two points adrift of the Vodacom Bulls with one round remaining.

Early forward ascendancy and dominance of the territory battle paved the way for the hosts, and with their strong ball carrying, good kicking game and sound defence keeping the pressure on the Cheetahs, the Stormers were seldom threatened and always looked likely winners.

The solitary try in that opening stanza came from a bit of opportunistic play from returning scrumhalf Herschel Jantjies as he sniped down the unmanned blindside from a ruck to go over unopposed.

Ultimately, the Cheetahs just didn’t have enough front-foot ball to get their game going, and would have been mightily frustrated when two rare opportunities in the red zone ultimately came to nought.

The first half largely went the way of the Stormers, who opened up a handy 13-3 lead after a superb long-range drop goal from Damian Willemse just before the break.

The Stormers stretched their advantage early in the second half when Juarno Augustus finished off a brilliant try that was largely created through some magic touches from Warrick Gelant.

It was a piece of individual brilliance that helped bring the Cheetahs back within seven points of the Stormers, but then came the scrum power of a World Cup-winning front row to secure another set-piece penalty that was duly slotted by Willemse.

The flyhalf then turned into provider as he delivered a delightful offload for Gelant to score and complete a comfortable victory for his side.