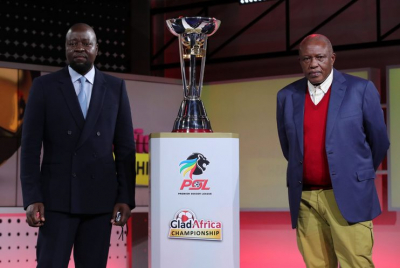 The Premier Soccer League has released the 2020/21 GladAfrica Championship fixtures.

The opening fixture of the 2020/21 season will be on Friday, 27 November 2020 between last season’s runners-up, Cape Town Spurs, formerly known as Ajax Cape Town, and Polokwane City at Idas Valley Stadium in Cape Town.

Cape Town Spurs had an oh-so-close finish during last season’s GladAfrica Championship where they led the log standings until the last two weeks of the campaign. There is no doubt that they will be coming back to redeem themselves in the 2020/21 season. Polokwane City, on the other hand, will be hoping to register positive results following a difficult campaign last season which led to their relegation.

On Saturday, Free State Stars will begin their journey to reclaim their place in the DStv Premiership when they host Uthongathi at Goble Park.

On Sunday, Cape Town All Stars – another familiar name making a return in the GladAfrica Championship – will play at home against JDR Stars at Parrow Park.

The last fixture of the opening weekend will see University of Pretoria (TUKS) play against Richards Bay at TUKS Stadium in Tshwane.

Kick-off for all the opening weekend fixtures are at 15h30.

Tweet
More in this category: « Woods inspires Schaper ahead of Joburg Open. Olympic champion Conseslus Kipruto charged with defilement. »
back to top