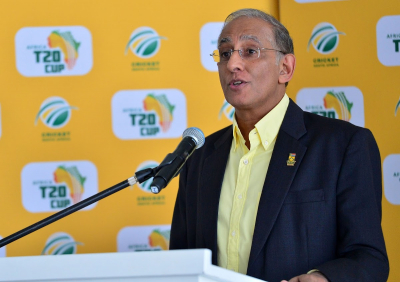 CSA's members council have u-turned on their decision not to recognise the nine-member interim board imposed by the country's sports minister, Nathi Mthethwa, and have agreed to ratify the temporary body.

That means CSA will avoid a sanction from Mthethwa, which could have resulted in it being stripped of status as the governing body of cricket in South Africa, and having its funding withdrawn.

Acting President of Cricket South Africa (CSA), Rihan Richards confirmed that the Members’ Council of CSA has appointed the Interim Board in terms of the CSA Memorandum of Incorporation (MoI), with a clear understanding of roles and responsibilities for the immediate future of CSA.

The Members Council met with the interim board on Monday evening, holding what the CSA statement on Tuesday said was a "frank, honest and constructive engagement."

"Everyone agreed on the way forward and to collaborate strictly in accordance with the relevant legal framework."

"The Interim Board regards this as a positive step and looks forward to work together to achieving the desired results,"said Judith February, one of the independent directors, who spoke on behalf of the board.

In the spirit of the CSA vision, the Members’ Council considers the engagements with the Interim Board on the way forward, a leap in the right direction and anticipates cricket to be the winner as a result," said Richards.

Mthethwa had mandated the interim Board, which includes former CSA CEO, Haroon Lorgat, to "deal with current governance systems, structures and procedures, including a proper consideration of the Nicholson recommendations; consider the Fundudzi report, its implications and consequences for CSA.

They were asked take any actions recommended in the report itself or actions that the interim Board deems appropriate; review all Board decisions taken since 2019 and to report on those decisions that require the attention of the Members Council and to generally do whatever is necessary and appropriate in order to restore the integrity and reputation of CSA.