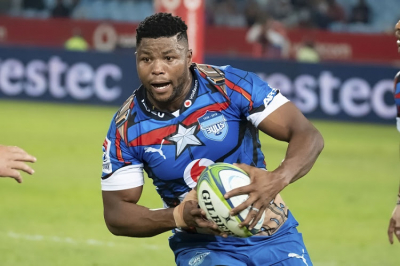 Bulls had come into the game with one hand already on the Super Rugby Unlocked trophy, given that they were top of the table and the game between the chasing Stormers and Sharks had been cancelled.

Jake White side started with plenty of intensity, mixing it up well between their forwards and backs and racing into a 21-0 lead in the first 25 minutes.

Pumas were playing their first match since round four of the competition, having had a bye week before their camp was impacted by the Covid-19 pandemic.

The Bulls dominated every facet of the game as the Pumas struggled to get any forward momentum while struggling at the breakdown and the set-pieces, their lineout was a mess, and their scrum timid.

The most pleasing aspects for the Bulls will be from the first half, where wing Kurt-Lee Arendse and flyhalf Chris Smith – getting his first start in veteran Morne Steyn’s absence – both enjoyed the amount of momentum the pack was giving them.  Both Arendse and Smith scored a try each as they exploited gaps in the Pumas defence after long periods in the visitors’ 22-metre area.

The Pumas made a much better start to the second half, coming out of the tunnel with increased intensity and quickly got back into the game with a rolling maul allowing HP van Schoor to score. The first half was virtually turned on its head in the second period as it was the Bulls who started to concede penalties and make all the errors.

Although the Bulls did not score, they did enough to win the game and claim a trophy that Loftus Versfeld hasn’t seen in over a decade.

Tweet
More in this category: « Pep Guardiola wants Lionel Messi to end career at Barcelona. Chelsea go top of the Premier League with win over Newcastle. »
back to top