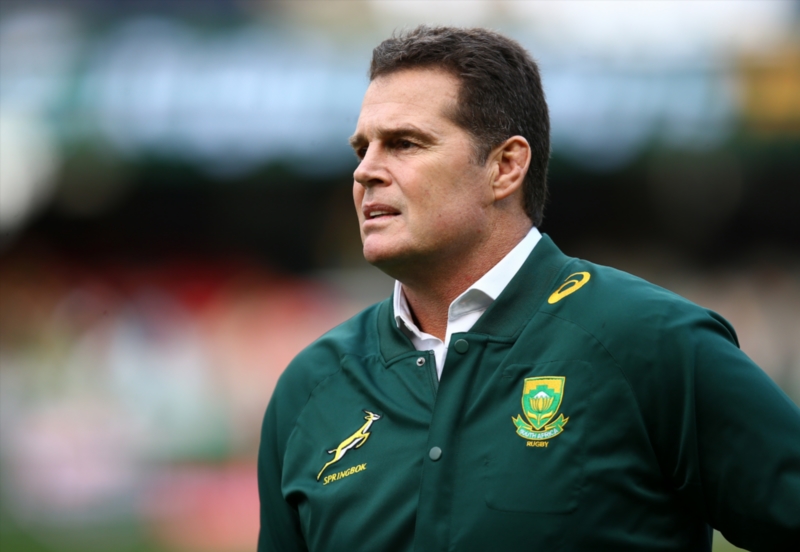 Springbok Coach Rasie Erasmus has announced 13 changes to the starting line-up that appeared in the opening Rugby World Cup clash with New Zealand.

In a statement released by SA Rugby, Erasmus also announced that six of the opening day starting XV re-appear on the bench including captain Siya Kolisi.

He explained that Schalk Brits will cover the replacement hooker position and that Franco Mostert (lock) will cover the loose forward positions along with Siya Kolisi, who continues his rehabilitation with more planned game time from the bench.

Thomas du Toit, who only arrived in Nagoya on Tuesday as a replacement for Trevor Nyakane, goes straight into the match day 23 as a front row replacement.

He added that “Every match is a must-win game for us now and we are treating this match with the same level of preparation as we did New Zealand last week. This is a Springbok team that is hungry to play and show what they can do and the majority of them have had the chance to play as a combination together a couple of times this season. They’ve got an important job to do: you always lose momentum in a defeat and we need to regain that with a victory and a strong performance,”.

The match will be only the third meeting between the countries, but Erasmus does not expect a repeat of the blow outs of the previous meetings.

The Springboks recorded a 105-13 victory at Newlands in Cape Town on the eve of the 2007 Rugby World Cup; and the teams met for the second time during the 2011 tournament in New Zealand, with the Springboks shutting out Namibia 87-0.

Twitter
More in this category: « Watch:"Uruguay celebrate after they won their first Rugby World Cup match in 16 years". Bafana Bafana to face Mali in the 2019 Nelson Mandela Challenge. »
back to top