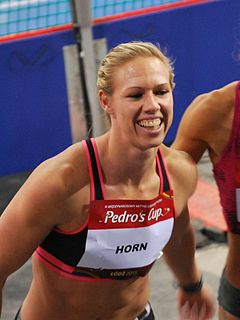 All 203 voting members of Congress voted for Coe; there were no abstained votes.

Restrepo, the 1992 Olympic 400m bronze medallist from Colombia, will become the first woman to serve as an IAAF Vice President. As part of the widespread reforms adopted by the IAAF Congress at the end of 2016, the IAAF added minimum gender targets into its constitution to establish parity at all levels in the sport’s governance.

Coe welcomed Restrepo, who now lives in Chile, as one of the new Vice Presidents and offered his congratulations.

The IAAF Council will be composed of 26 members, eight of whom are women. The 13 newly elected members will be joined by six Area Presidents and two members of the Athletes' Commission, one man and one woman, including the Chair.