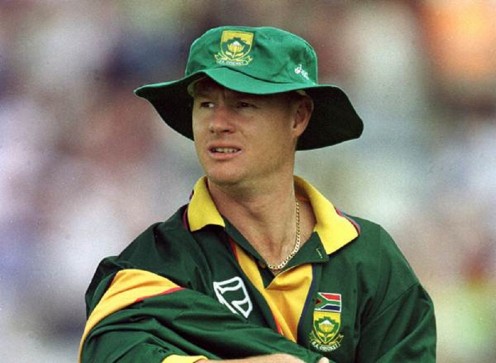 He replaces Trinidadian Phil Simmons, who stepped down after Afghanistan failed to win a match at the World Cup.

Klusener, 48, said: "I am extremely excited and honoured to be given the opportunity to work with some of the best talent in world cricket."

He added: "Everyone knows the fearless brand of cricket Afghanistan play. I am confident that with some hard work we can become one of the best sides in the world.

"I am really looking forward to working with the Afghanistan team and helping them take their cricket to the next level."

Afghanistan Cricket Board chief Lutfullah Stanikzai added: "Lance Klusener is a renowned name in the cricketing world. It will be great to see our players benefit from his vast experience both as a player and a coach."

He appeared in 417 internationals between 1996 and 2004 and was part of the South Africa side to reach the 1999 World Cup semi-finals.

Twitter
More in this category: « It is a must-win match for the Boks after losing 23-13 to the All Blacks. Premier League Fixtures: Week 7,Manchester United are unbeaten in their last 12 Premier League games against Arsenal at Old Trafford. »
back to top