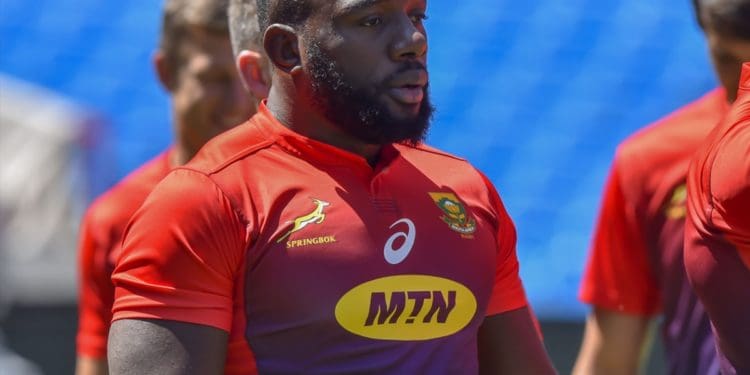 Springboks coach Rassie Erasmus expects the Springboks’ battle with Italy at the Rugby World Cup to be fought and won on just one front — up front.

He prepared accordingly by loading his eight-man bench with six forwards for the potentially decisive Pool B game against the Italians at Shizuoka.

Springboks would almost certainly be out of the Rugby World Cup if they lose to Italy.

The teams have met 14 times before, with Springboks winning 13, although that solitary defeat (in Florence in 2016) was with a team featuring 10 of Friday’s selection (in what turned out to be Bryan Habana’s final Springbok test).

The match kicks off at 11h45 SA time on Friday.

Meanwhile it was confirmed that Jesse Kriel has been ruled out of the tournament because of a hamstring injury sustained against the All Blacks. Kriel has been replaced by 21-year-old utility back Damian Willemse, who has five caps and is currently playing his club rugby in England with Saracens.

The Springbok team to play Italy in Shizuoka:

Twitter
More in this category: « Scotland revived their Rugby World Cup campaign with a decisive 34-0 win over Samoa. LaLiga appointed a new Managing Director in South Africa. »
back to top