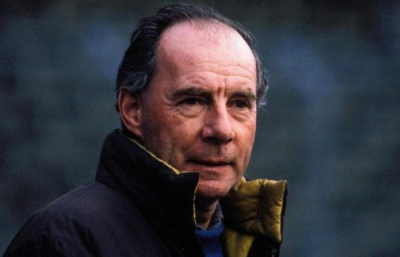 Former Al Ahly and Egypt head coach Dietrich Weise has passed away on Monday at the age of 86.

The German manager has coached a number of teams during his career, namely German clubs 1.FC Kaiserslautern, Eintracht Frankfurt, and Fortuna Düsseldorf.

However, his most successful time came in Egypt, especially with Al Ahly, winning the Egyptian Premier League, Egypt Cup, and the Afro-Asian Club Championship in his only season with the club during 1988-1989 season.

Weise then left to coach the Egyptian national team following the departure of Mahmoud El-Gohary after the end of the 1990 World Cup.

He didn’t last long with the Pharaohs and was sacked due to the poor performances at the 1991 All-Africa Games, which was hosted by Egypt as they were knocked out of the group-stages.

The German head coach then went to coach Liechtenstein national team in 1992, before leaving in 1996, which was his last coaching job, before retiring.

Tweet
More in this category: « The 2020-21 Bundesliga season so far. Ashley Barnes and Chris Wood on target as Clarets move out of drop zone. »
back to top