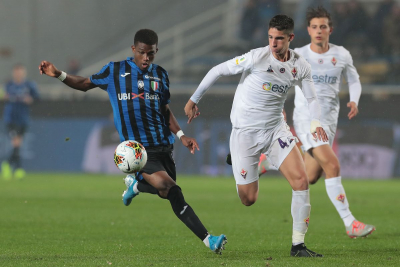 Manchester United are confident they will be allowed to complete the £19m signing of teenage Atalanta winger Amad Diallo at the beginning of January.

United agreed a deal to sign the 18-year-old Ivorian in October.

However, they allowed him to remain with Serie A side Atalanta for the first half of the season.

The Governing Body Endorsement agreement has been agreed by English football's governing bodies and the Home Office.

As Diallo now has an Italian passport, United feel that will help him through the process, which was announced earlier this month.

Diallo has been a regular on the bench for Atalanta but has made only two appearances so far this season.

His last involvement for the club is expected to be in Wednesday's Serie A encounter with Bologna.

His first appearance for United is uncertain. He is not eligible for the FA Youth Cup and the club's Under-23 side does not have a game until 18 January.

However, with more substitutes allowed on the bench for first-team matches, it is possible Diallo could be fast-tracked into Ole Gunnar Solskjaer's squad, especially as Odion Ighalo's loan from Chinese Super League club Shanghai Shenhua comes to an end next month.

Tweet
More in this category: « Fifa lodges criminal complaint against former president Sepp Blatter. Sundowns begin their CAF Champions League journey with a 2-0 win over Galaxy. »
back to top