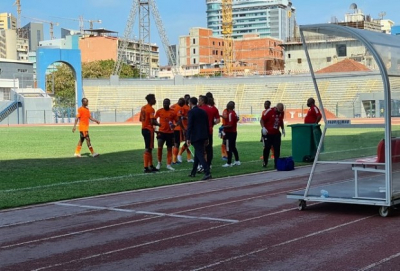 Orlando Pirates began their 2020/21 CAF Confederation Cup campaign first round with a 1-0 win against Angola's Sagrada Esperanca at the Coqueiros Municipal Stadium.

After the disappointment of preliminary round elimination from last season's CAF Champions League at the hands of Zambian side Green Eagles, Pirates are back in Africa.

It was also the first time ever Pirates and Sagrada Esperanca face each other.

Wayne Sandilands and Bongani Sam made their first starts of the season while Gabadinho Mhango and Terrence Dzvukamanja joined Thembinkosi Lorch in the attack.

Pirates will return to action on January 2 against the current log leaders Mamelodi Sundowns, before hosting the return leg of their first round Confederation Cup tie against Esperanca a few days later.

Tweet
More in this category: « Former Springbok team manager Arthob Petersen has died. Anthony Joshua tells Tyson Fury he is ready for two massive fights next year. »
back to top