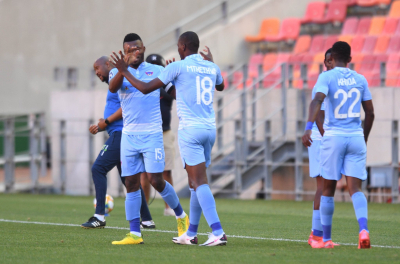 The South African Football Association (SAFA) have confirmed that they will object the granting of work permit for Luc Eymael, who was announced as Chippa United's new head coach.

In July this year, SAFA joined the rest of the progressive world in condemning Eymael after he was fired by Young Africans FC of Tanzania for referring to the club supporters as monkeys and dogs who know nothing about football.

Eymael has coached in Belgium and in Africa and was also in charge when Free State Stars won the Nedbank Cup in 2018.

SAFA said they find it deeply offensive that as the global football community is united in solidarity around the Black Lives Matter campaign, Chippa United FC would see it fit to hire such a character to work in the city named after the founding father of the nation, Tata Nelson Mandela, the champion of a world free of racism and other forms of discrimination.

He has been jobless since he parted ways with Tanzanian giants Young Africans in July 2020 having allegedly compared club fans to monkeys.

SAFA will immediately be writing to the Minister of Home Affairs to express its objection to the granting of a work permit for him and will also request the Ethics Committees of FIFA and SAFA to charge Eymael as his despicable conduct is a violation of the codes of both bodies.

Tweet
More in this category: « Watch Live: CAF Champions League action between Kaizer Chiefs and Primeiro de Agosto at the FNB Stadium. Autopsy reveals no drink or illegal drugs at time of Diego Maradona's death. »
back to top