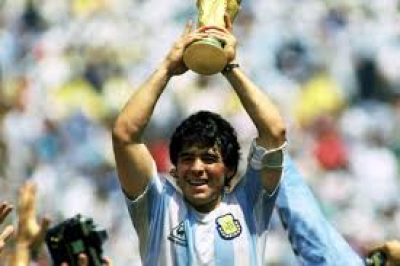 Diego Maradona's autopsy has revealed that the Argentina legend had no signs of alcohol or narcotics consumption at the time of his death.

The autopsy said Maradona had problems with his kidneys, heart and lungs.

It had been ordered as part of an investigation into Maradona's death to see if there was any negligence in the healthcare he was provided.

Maradona, widely regarded as one of the greatest footballers of all time, had a successful operation on a brain blood clot earlier in November and had been due to be treated for alcohol dependency.

A first autopsy carried out on the day Maradona died found that the former Boca Juniors and Napoli player had died from "acute pulmonary edema secondary to exacerbated chronic heart failure with dilated cardiomyopathy".

The report also revealed that the heart of the 1986 World Cup winner weighed almost twice that of a normal heart.

Gianinna Maradona, one of Maradona's daughters, took to social media to comment on the autopsy result and said her father was not himself in the weeks before his death.

She wrote on Twitter: "All the sons of b------ waiting for my dad's autopsy to reveal drugs, marijuana and alcohol. I am not a doctor but I saw him very swollen. A robotic voice. It wasn't his voice..."

Maradona's lawyer, Matias Morla, had requested a full investigation regarding the circumstances of the football legend's death, criticising what he said was a slow response by emergency services.

Maradona had suffered a series of medical problems, some due to drugs and alcohol. He was reportedly near death in 2000 and 2004.

Tweet
More in this category: « SAFA confirms it will object granting of work permit for Luc Eymael Chiefs, De Agosto share spoils in their CAF Champions League first-leg tie. »
back to top