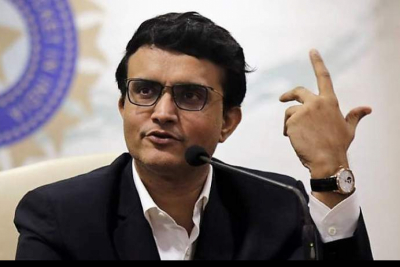 Former India captain Sourav Ganguly is in a stable condition after having a "mild cardiac arrest" on Saturday.

The 48-year-old president of the Board of Control for Cricket in India (BCCI) is "responding well to treatment", the body's secretary Jay Shah said.

Ganguly played 113 Tests and 311 one-day internationals for India, captaining his country in the longest format 49 times between 2000 and 2005.

He took over as president of the Indian cricket board in October 2019.

Tweet
More in this category: « Manchester United level on points with Liverpool after beating Aston Villa. Van Tonder ruled out of Wanderers test, Gibbs lands coaching job & Steyn pulls out of 2021 IPL. »
back to top