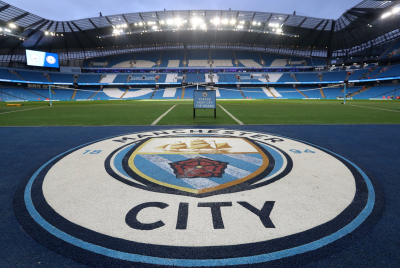 The Sun reported the France international, 26, held a party at his Cheshire home which included guests from outside his household.

The mixing of households indoors is banned under the UK government's tier four restrictions.

City said they would conduct an internal investigation.

"While it is understood that elements of this incident have been misinterpreted in the reports, and that the player has publicly apologised for his error, the club is disappointed to learn of the transgression and will be conducting an internal investigation," the club said in a statement.

There have been a number of apparent coronavirus breaches by players in recent days.

Tottenham criticised three of their players after they attended a party over Christmas, while Fulham are looking into reports that striker Aleksandar Mitrovic allegedly broke coronavirus rules.

Crystal Palace manager Roy Hodgson also apologised after midfielder Luka Milivojevic was pictured with Mitrovic at a gathering in London.

Fulham's match against Burnley on Sunday was postponed after an increase in positive cases at the club.

City also had to cancel their match against Everton on 28 December because of positive tests.