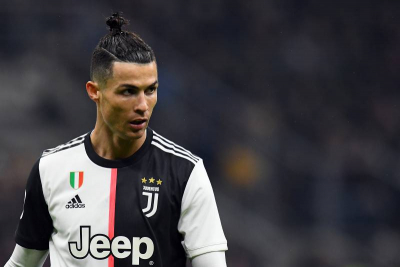 Cristiano Ronaldo scored twice and created another goal as Juventus thrashed Udinese in Serie A.

That meant he had now scored 757 goals for club and country – the same as Brazil legend Pelé managed in his career.

According to the source, it took Ronaldo 1035 matches to reach that tally, whereas Pelé did it in just 815.

But if that weren’t impressive enough, Sunday’s goal also means CR7 has scored a goal in each of the last 20 years.

And if that weren’t impressive enough, he scored again in the second half to take make it 758 goals.

No doubt Santos or even Pelé himself will come out and dispute these numbers but for now, let’s just enjoy Ronaldo reaching another incredible career landmark.

Ronaldo opened the scoring with a trademark drive, after Aaron Ramsey's pass, before threading a through ball for Federico Chiesa to score.

Ronaldo's second goal took his tally this season to 14 from only 11 league games.

Marvin Zeegelaar scored a stoppage-time consolation for Udinese before Paulo Dybala added a fourth for Juve.

Andrea Pirlo's side moved 10 points behind league leaders AC Milan, with a game in hand, while Udinese dropped to 13th and are without a win in four games.

Tweet
More in this category: « Ten-man Milan back on top with win at Benevento. Barcelona rise to fifth in La Liga with win at Huesca. »
back to top