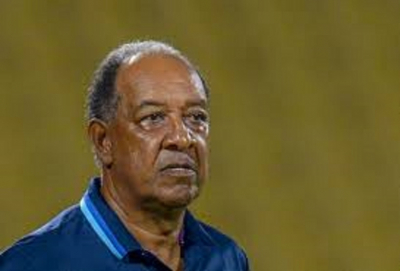 Augusto Palacios has ended a 20 years association with Orlando Pirates.

Njenje issued a letter of appreciation in which he thanked Pirates chairman Irvin Khoza for allowing him to serve at the Soweto giants.

'Augusto Palacios would like to extend his most sincere thanks and appreciation to the chairman of Orlando Pirates FC, Dr Irvin Khoza, for the opportunity provided to him during his nearly two decades at the club,' reads the opening paragraph of the statement.

"It has been an honour to work at this prestigious club," said Palacios. "I've served in many different roles both in development and in the professional side. Through all of my experiences Dr Khoza always gave me his support and encouragement.

"I would also like to extend my thanks to everyone at the club for their professionalism and dedication. Orlando Pirates FC is more than a club, more than an institution, Pirates is family."

The statement continued: 'Palacios will continue to contribute to football development in South Africa as the Johannesburg-based Augusto Palacios Apprentice Academy enters its 16th year of developing and is nurturing some of the most prodigious talent Mzansi has to offer.

'The award-winning coach is also currently considering head of development and technical director roles at various PSL clubs, as well as overseas opportunities.'

Palacios concluded: "My Orlando Pirates experience has allowed me to mentor players and coaches who are now plying their trade professionally. I wish OPFC well in their future endeavours, and I'm sure we'll encounter each other again soon."

The Peruvian mentor guided the club to its second domestic treble following the exit of Julio Leal in the 2011/12 season and always worked closely with Pirates' development structures.