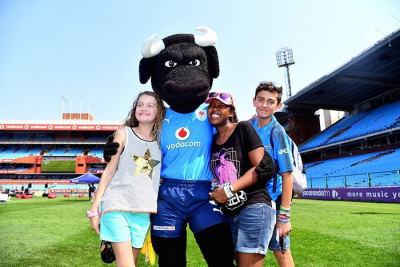 The Vodacom Bulls secured top spot in the Carling Currie Cup with a clinical 22-15 win over the Xerox Lions at Loftus Versfeld.

Bulls took the top spot with a game to spare and will complete their fixtures this weekend against the Phakisa Pumas in Nelspruit on Sunday, but the match will serve as a massive confidence boost for Jake White’s side.

While it wasn’t the prettiest of performances, Bulls coach Jake White will undoubtedly be pleased with his side’s fighting spirit after they battled from an early nine-point deficit to get the all-important win.

Even more impressive was that the Bulls were without their regular backline players in Stedman Gans, Cornal Hendricks, Travis Ismaiel and Kurt-Lee Arendse.

The Lions dominated the opening exchanges, disrupting the Bulls’ set piece and forcing their scrum backwards, deservedly opening up a 9-0 lead through the boot of fullback Tiaan Swanepoel, who scored all of his side’s points.

The hosts landed a significant blow at the start of the second half when captain Vermeulen picked the ball up from the back of a scrum and shifted it to Papier, who burst through to score the game’s first try.

The Lions continued to fight their way back into the match as White rung a few early changes with an eye on the upcoming playoffs and Sunday’s match against the Pumas. A long period of pressure earned them a few penalties, one of which was converted by Swanepoel to make it 19-12.

Replacement flyhalf Morne Steyn sealed the match five minutes out with a penalty of his own, and the Lions, try as they might, could not break the Bulls' resolute defence.

There was enough to give the Lions hope for the semi, but considering the Bulls selection policy, it is obviously White who would be smiling a lot more as the semis were decided.