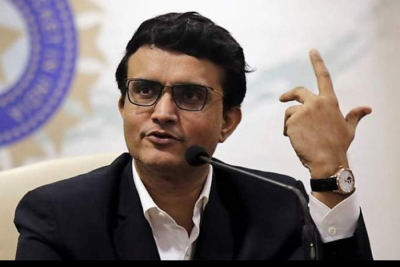 Former India captain Sourav Ganguly has been discharged from hospital after having a heart attack on Saturday.

The 48-year-old president of the Board of Control for Cricket in India (BCCI) developed chest pains while exercising at his home gym and had surgery in Kolkata over the weekend.

Ganguly had an angioplasty, a procedure to unblock a coronary artery.

"I thank the doctors at the hospital for the treatment," he told fans waiting outside the hospital.

"I am absolutely fine. Hopefully, I will be ready to fly soon."

Ganguly played 113 Tests and 311 one-day internationals, captaining India in the longest format 49 times between 2000 and 2005.

A left-handed batsman, he scored 7,212 Test runs and scored 16 centuries, before taking over as president of the Indian Cricker Board in October 2019.

India are currently touring Australia, where the third Test began in Sydney on Thursday.

Tweet
More in this category: « Pochettino gets off to underwhelming start at PSG with Saint-Etienne draw. Karim Benzema to face trial for attempted blackmail over sex tape. »
back to top