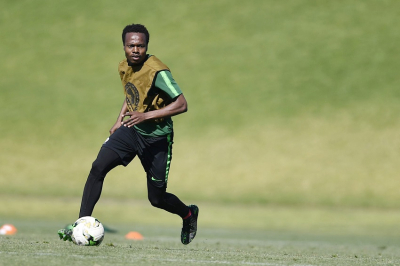 Premier League club Brighton and Hove Albion have confirmed the return of Percy Tau from Anderlecht after securing a work permit for the South African.

Tau spent the last two and half seasons on loan since joining Brighton from Mamelodi Sundowns in a club-record R50-million sale but was unable to be registered due to paperwork issues.

However, the regulation changes following Brexit this year has seen Tau's experience for club and country over the last 24 months taken into consideration to secure his long-awaited move to the South Coast of England.

The Seagulls boss Graham Potter lauded the Bafana Bafana forward upon his arrival who has exercised patience to realise his dream of playing in the English top-flight.

"We're pleased to be able to welcome Percy to the club and begin working with him. I know he's a player whose progress many of our fans have followed in recent seasons," he told the club's website.

We too have closely monitored his performances in Belgium in the last three years. He's been playing at a really good level, particularly with Bruges and Anderlecht where he has been involved in the Champions League, and his next step is to show he is ready to make the transition into the Premier League.

"He brings some different attributes and qualities to the group and he wants to take the next step in his career. We’re looking forward to working with him, "Albion head coach, Potter added.

Tau could make his Premier League debut for Albion when they face off against Manchester City on Wednesday evening at the Etihad Stadium (20h00).

Twitter
More in this category: « Karim Benzema to face trial for attempted blackmail over sex tape. Aston Villa confirm 'large number' of Covid-19 cases ahead of Liverpool clash. »
back to top