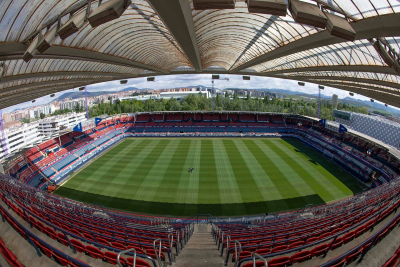 Aston Villa have experienced a "significant" coronavirus outbreak at the club on the eve of their FA Cup third-round tie with Liverpool.

The Premier League side said a large number of first-team players and staff are in isolation after returning positive tests on Monday.

The club's training ground was closed on Thursday after a second round of testing produced more positive results.

Dean Smith's side are scheduled to face Liverpool at 19:45 GMT on Friday night.

"Discussions are ongoing between medical representatives of the club, the Football Association and the Premier League," Villa said in a statement.

Southampton's FA Cup third-round game against Shrewsbury on Sunday was called off earlier on Thursday after a significant number of Shrews players and staff tested positive for coronavirus.

Wayne Rooney and Derby's first-team squad will miss their FA Cup tie at Chorley on Saturday following a Covid-19 outbreak which closed their training ground on Monday.

The Rams' team for the game at Victory Park will be made up of under-23 and under-18 players.

Tweet
More in this category: « It’s official: Brighton and Hove Albion confirms an early return of Percy Tau to the club. Man Utd complete move for winger Amad Diallo from Atalanta. »
back to top