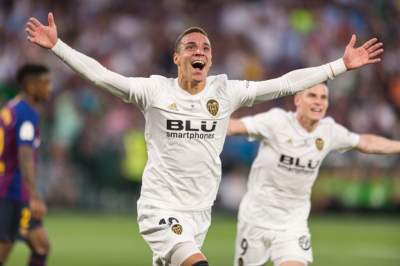 Premier League Leeds United suffered a shock 3-0 defeat by fourth-tier Crawley Town in the FA Cup third round on Sunday.

Leeds manager Marcelo Bielsa fielded a strong line-up for the trip to West Sussex but League Two Crawley, a non-league club until nine years ago, produced the biggest upset of the round.

Nick Tsaroulla stunned the Yorkshire side in the 50th minute with a superb individual goal as he wriggled free of his marker and burst goalwards before drilling the ball into the far corner.

Three minutes later Ashley Nadesan doubled the advantage, breaking into the box on the right and driving a low shot which Leeds keeper Kiko Casilla failed to keep out at his near post.

The third came when Nadesan's low drive was saved by Casilla at close-range but Jordan Tannicliffe pounced to smash the ball home.

The hosts were without striker Sergio Aguero, who did not even make the squad despite pre-match promises he would start, but two early goals by Bernardo Silva put them in full control and Phil Foden's strike put the tie beyond doubt before half-time.

Pep Guardiola's side, who beat Manchester United on Wednesday to reach the Carabao Cup final, took things easier in the second half but still dominated possession and gave Bernardo enough chances to complete his hat-trick.

Birmingham were on the back foot from the start, and fell behind when they could only clear Joao Cancelo's clipped pass into the path of Bernardo, who expertly steered the bouncing ball into the top corner with a fierce first-time shot.

Another superb passing move soon after gave Bernardo his second goal, this time with a tap-in from Kevin de Bruyne's pull-back.

The Belgian was in majestic form and opened up the Birmingham defence time and time again before Riyad Mahrez fed Foden to make it 3-0 from the edge of the area.

That advantage was always going to be enough to see off a Birmingham side who are 18th in the Championship and had lost five of their previous six league games, failing to score in the past three.

Birmingham took until the 34th minute to test Zack Steffen through George Friend's deflected shot, but almost got a late consolation when substitute Jeremie Bela blasted just over the bar from 25 yards out.