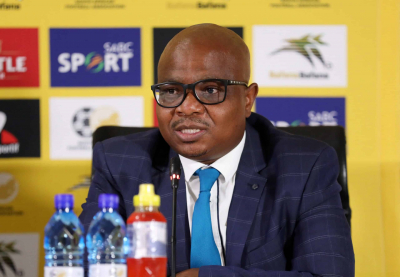 Motlanthe has been acting as CEO since May 2020 after taking over from his acting predecessor, Gay Mokoena.

Mokoena vacated his role in mid-April after serving as the structure's acting Chief Executive Officer since November last year, following the departure of Russel Paul.

Paul, who had also been acting since the exit of the last permanent CEO Dennis Mumble in 2018, has since taken up a position within the organising committee of the Qatar 2022 FIFA World Cup.

His appointment was confirmed by Safa President, Dr Danny Jordaan during a media briefing held at Safa House on Friday. The 39-year-old will oversee Safa’s affairs for the next five years.

BREAKING: The South African Football Association has appointed Advocate Tebogo Monthlante as CEO of the Association on a permanent basis. pic.twitter.com/Fdge9LaAxx

Motlanthe has been SAFA’s legal officer since 2011. He beat off competition from Happy Ntshingila and Lydia Monyepao, who were also vying for the CEO position.

More in this category: « Liverpool's unbeaten run at Anfield over after shock loss to Burnley. Atletico rally for win despite Eibar's keeper scoring a penalty. »
back to top