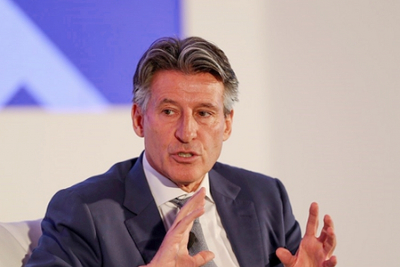 The rescheduled Tokyo Games may have to be held behind closed doors if they are to go ahead in Japan this year, athletics chief Lord Coe has admitted.

The World Athletics president remained confident the Olympics and Paralympics would take place despite a Times report suggesting they would be cancelled.

"I would love to have fans, noisy and passionate," Coe told the BBC.

"But if the only way we're able to deliver it is behind closed doors, I think everybody is accepting of that."

Coe, who headed the London 2012 organising committee and is also an International Olympic Committee (IOC) member, said, in the event of a cancellation, it was "not a realistic solution" to push back Paris 2024 and Los Angeles 2028 in order for Tokyo to host the Olympics in three years' time.

A report in Friday's Times newspaper quoted a senior member of the ruling coalition, who said the events would be cancelled.

In response to that article, Tokyo 2020 organisers released a statement declaring that Japan's prime minister Yoshihide Suga had "expressed his determination" to hold the Olympics and Paralympics and that all stakeholders remained focused on delivering the event. The IOC said the suggestion of a cancellation was "categorically untrue".

The International Paralympic Committee (IPC) said that "with the robust measures and plans we have in place, the Games can and will go ahead safely". The Olympics are due to start on 23 July followed by the Paralympics on 24 August.

Tokyo 2020 chief executive Toshiro Muto said a global rollout of Covid-19 vaccines could be a key factor in allowing the Games to be staged.

"Once vaccinations are conducted widely in the US and Europe, I think there is no doubt that it will have a positive effect [on the Games]," he said on Friday.

"However, it doesn't solve everything. We are hopeful about the vaccines, but at the same time, I think it is inappropriate to be totally dependent on it."

Lord Coe added: "It's a challenge - it'll be delusional not to believe that.

"There are two really big differences between this time last year and where we are today. One is the vaccine, and that will be rolled out quite dramatically over the next few months. We are still six months away from the Games.

"And in our own sport, the athletes still have access to their training facilities and are still competing."

More in this category: « Bundesliga Matchday 18 Preview - Battle of the Borussias and the top five free-kick goals so far. Gladbach break Borussia Dortmund jinx to go fourth in Bundesliga. »
back to top