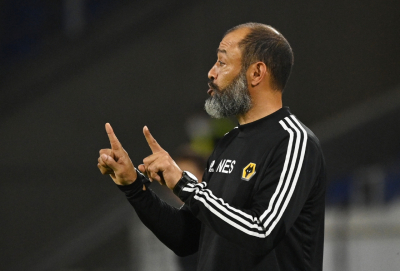 A stunning long-range goal by Vitinha proved the difference as Wolverhampton Wanderers endured an uncomfortable night to edge out sixth-tier Chorley 1-0 in the FA Cup fourth round on Friday.

Vitinha, on loan from Porto, unleashed a swerving shot from 30 metres past Chorley's Matthew Unwin in the 12th minute -- the only shot a disappointing Wolves managed on target.

Apart from that moment of quality it was hard to believe that Wolves, 14th in the Premier League, began the game 111 places higher up the English soccer pyramid than their hosts.

Chorley pushed Wolves hard, especially after the break when Connor Hall twice had great chances to equalise and Wolves keeper John Ruddy had to make a fine save from Andy Halls.

In the end Wolves were relived to hear the final whistle as Chorley's courageous attempt to cause a shock fell short.

All the fourth round information in one handy place for you to plan your #EmiratesFACup weekend ?

More in this category: « Gladbach break Borussia Dortmund jinx to go fourth in Bundesliga. PSG thrashed Montpellier to open three-point lead in Ligue 1. »
back to top