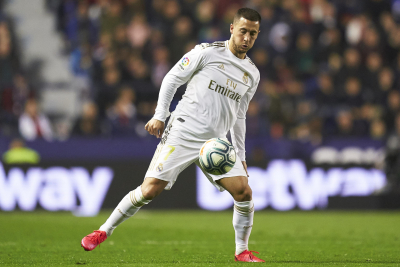 Real Madrid, who were without manager Zinedine Zidane due to COVID, took the lead early in the first half when Casemiro headed home in the 15th minute from a corner kick.

Benzema and Hazard, who scored for just the second time all season, added a pair of well-taken goals shortly before half-time as Madrid took a 3-0 lead into the break.

Alaves pulled one back shortly before the hour mark when Joselu beat Thibaut Courtois from a Lucas Perez cross following a set piece to trim Real's lead to two goals.

Benzema put any hopes of a comeback for the hosts away soon after the Joselu goal, cutting in from the left on a counter-attack and burying a right-footed shot that Alaves' Fernando Pacheco had no chance to save.

Victory moved second-placed Real to within four points of La Liga leaders Atletico Madrid, who have two games in hand.