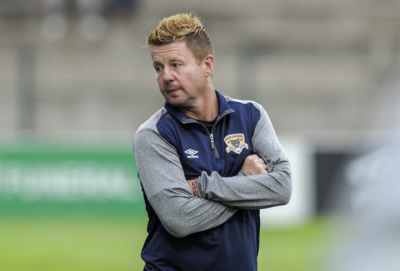 Black Leopards have confirmed the axing of coach Dylan Kerr after back-to-back defeats in the DStv Premiership.

"Black Leopards FC and their head coach Dylan Kerr have reached an agreement to part ways amicably," the club announced.

Assistant coaches Lehlohonolo Seema and Morgan Shivambu will take over the running of the team ahead of their home fixture against Mamelodi Sundowns on Wednesday.

Keer took over the side for a second time in mid-November and led them to a 1-0 success over Maritzburg United in his first game in charge.

But that was one of just two wins in nine games, though the second of those was a comprehensive 2-0 success over Orlando Pirates just over a week ago. He also managed three draws to go with four defeats.

He was already the second coach of the season for the battling Limpopo club who fired Belgian tactician Patrick Aussems just three games in.

Kerr had led Leopards to safety in the 2018-19 season before resigning, and then did likewise with Baroka FC in the last campaign.