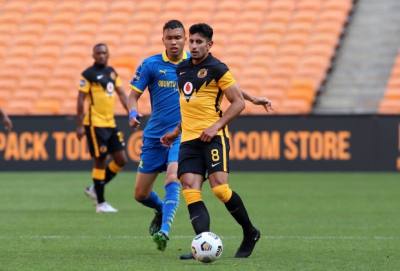 Kaizer Chiefs did not move from seventh spot on the Premier Soccer League standings but escaped another disappointment at the hands of Baroka FC following a 1-1 draw at FNB Stadium.

As a result, the Amakhosi remain seventh on the league standings ahead of their Soweto Derby clash with Orlando Pirates on Saturday, while Bakgaga Ba Mphahlele moved up to eighth place.

It took eight minutes for Bakgaga Ba Mphahlele to break the deadlock after the break following a lapse in concentration from the Chiefs defence.

Evidence Makgopa flicked the ball into Thamsanqa Masiya's path and the latter fired past on-rushing Daniel Akpeyi to make it 1-0 to Baroka.

Amakhosi head coach Gavin Hunt reacted by introducing Kearyn Baccus and Leonardo Castro two minutes after the hour-mark. The Soweto giants upped the tempo with Castro narrowly missing the target with a header in the 70th minute after the Baroka defence was left exposed.

Parity was restored in the 76th minute when Reeve Frosler's low cross was turned home by Goodman Mosele, who netted an own goal to make it 1-1.

The momentum was with Amakhosi in the closing stages of the match and Castro somehow missed the target after being afforded some space and time on the edge of the box. Oscarine Masuluke then produced a comfortable save from Samir Nurkovic's late header and ultimately, the match ended in a 1-1 draw on the night.

Meanwhile Orlando Pirates and TS Galaxy played to a 1-1 draw in a 2020-21 DStv Premiership match at Orlando Stadium.

Both goals came within the opening 20 minutes with Bongani Sam's opener quickly cancelled out by Masilake Phohlongo.The result leaves Pirates in fifth, five points behind the league leaders while Galaxy move up one place to 12th.

Both teams had chances to win the match in the second-half with Mlungisi Mbunjana and Thembinkosi Lorch going close from range, but Deon Hotto came closest in the 69th minute.

The Namibia international used his blistering pace to burst past Gerald Modisane and the Pirates winger had Marlon Heugh beaten with his resulting attempt at goal, but the ball cannoned off the woodwork and out of danger.

Pirates return to league action at home to Soweto rivals Kaizer Chiefs on Saturday while Galaxy will travel to Thohoyandou for a match against Black Leopards on the same day.