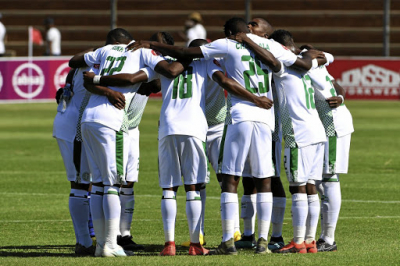 Bloemfontein Celtic have lodged an appeal to the Court of Arbitration for Sport (CAS) against FIFA's decision to impose a transfer ban on the club.

FIFA have imposed a one-year transfer ban against Celtic for allegedly failing to pay former goalkeeper Patrick Tignyemb a certain amount of money for unfair dismissal.

Tingyemb took Siwelele to FIFA for unfair dismissal about two years ago before joining Chippa United, with Celtic CEO Khumbulani Konco confirming the matter is with CAS.

"We have lodged an appeal to CAS against the transfer ban by FIFA on the issue with one of our former players," Konco said.

Meanwhile the South African Football Association in a statement said has noted the sanction imposed by FIFA on Bloemfontein Celtic FC over what the club says is a labour relations matter involving one of its former players.

The correspondence from FIFA has been referred to the PSL for the attention of the club as stipulated in the FIFA Regulations, with a request that the club provides background to the matter and indicates which steps they intend to take.

SAFA will provide further information as and when it is received from the club and the League.