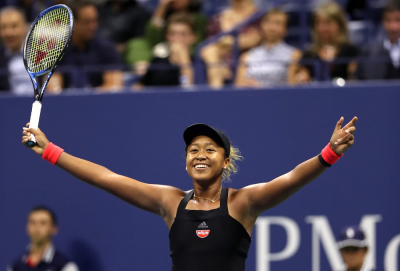 Johanna Konta and Katie Boulter fell to three-set defeats in their Australian Open warm-up event, while fellow Briton Dan Evans advanced in his.

Boulter took the opening set against US Open champion Naomi Osaka before the world number three hit back to win 3-6 6-3 6-1 in the Gippsland Trophy.

Also in Melbourne, Evans reached the third round of the Murray River Open.

The British number one, who had a first-round bye, beat Portugal's Pedro Sousa 6-3 7-5 to set up a meeting with Marcos Giron of the United States.

Meanwhile, Britain's Heather Watson lost 6-6 6-2 to Russia's Veronika Kudermetova in the first round of the Grampians Trophy - a women's event added to the schedule for the group of players who were confined to their hotel rooms for 14 days because of quarantine rules.

Six events are taking place this week at Melbourne Park - which hosts the Australian Open from Monday - to allow players to prepare for the opening Grand Slam of the year after quarantine.

Japan's Osaka, who won the Australian Open in 2019, made a ragged start against world number 371 Boulter.

After saving a break point in her opening service game, Boulter took advantage of Osaka's rustiness and won the final five games to take the first set.

An early break put Osaka ahead in the second but Boulter had her opportunities, creating three break opportunities but converting just one.

Another break of Boulter's serve allowed Osaka to take the second set and she raced through the third, setting up a meeting with Begu in the quarter-finals.

"Today was really tough for me. It just felt like a new experience playing here again after such a long while," Osaka said.

"I thought she played really well. I sort of had to raise my level and kind of go within myself."

British number one Konta played for three hours and 35 minutes against Begu.

She missed two match points in the second set tie-break - one of which was on her serve - and then saved eight of Begu's own match points.

At the same event, top seed Simona Halep advanced to the quarter-finals with a 6-2 6-4 win over Laura Siegmund.

Twitter
More in this category: « Germany beat Canada after Alexander Zverev wins; Italy reach semi-finals. Sundowns needed extra-time to advance to the Nedbank Cup Round of 16. »
back to top