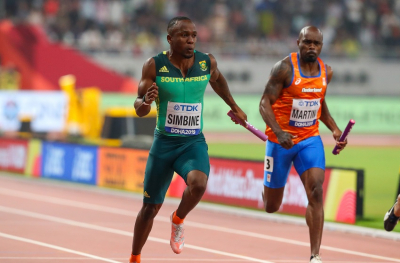 The two weeks suspension of athletics has been lifted. All athletics activities will re-open from Saturday 6 February 2021.

Athletics South Africa (ASA) had declared the suspension of activities after the State President Cyril Ramaphosa put the country on a 14 day extension of the national lockdown due to a second wave of the pandemic led by a mutant variant of the Corona virus which has rapid infectious behaviour.

In reaction to the measures of the State President, several other sporting codes also suspended most of the activities in order to meet the government efforts halfway, said ASA.

In a statement "ASA thanked Members and the entire Athletics Family for cooperating and adhering to the suspension, while we played our part in assisting government efforts to control the infection rates and saving lives. We can now report that the infection rates are significantly declining in the country and the recovery rate is improving. This has now enabled ASA to return to competition and resume our Athletics calendar."

Athletics return to play will obviously be held under the strict ASA protocols and as per the national regulations which dictate the adherence to the protocols of the health authorities.

ASA stresses on the importance of social distancing, washing of hands, sanitising and wearing of masks and adherence to all health protocols under the guidance of the compliance officers of the local health authorities.

Tweet
More in this category: « LeBron James calls plans to play All-Star game in pandemic 'a slap in the face'. Ajax and Cameroon goalkeeper Andre Onana banned for 12 months for doping violation. »
back to top