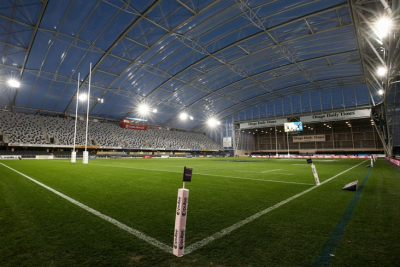 France started their Six Nations campaign with a seven-try 50-10 bonus-point victory over Italy in Rome on Saturday.

Antoine Dupont touched down and had a role in four other tries as last year's runners-up dominated a young Azzurri side.

Les Bleus provisionally take top spot in the tournament before the second match between champions England and Scotland at Twickenham later.

The punishment began with a Dylan Cretin try after six minutes, with centres Gael Fickou and Arthur Vincent also touching down for a 24-3 halftime lead.

Winger Monty Ioane crossed for Italy after 33 minutes but the try was ruled out because of Stephen Varney's forward pass.

But Luca Sperandio earned a consolation try after 64 minutes for the hosts which Paolo Garbisi converted, the fly-half having also scored a 20th-minute penalty.

France, looking for their first title since 2010, play Ireland in Dublin next weekend with Italy heading to England.

Efficiency? Dominant tackles? Set pieces?
What is the key to this game - drop your analysis below.... ??#GuinnessSixNations
Stats are #PoweredbyAWS https://t.co/i31zQEo3xn

The Azzurri extended their Six Nations losing streak to 28 matches.

Tweet
More in this category: « Pirates advance to Nedbank Cup last 16 with a narrow win over Uthongathi. Ronaldo on target as Juve beat Roma to go third. »
back to top