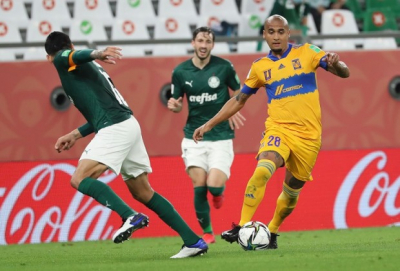 Tigres became the first Mexican side to reach the Club World Cup final with a surprise victory over Copa Libertadores champions Palmeiras of Brazil.

The South American champions soon staved off the nervy start and began to pose all the danger much of the first half, with Rony and Raphael Veiga the main protagonists in this regard.

Tigres went close to go in front late in the half through the head of Andre-Pierre Gignac, but the Frenchman directed his attempt wide from a cross by Luis Rodriguez.

Palmeiras were behind nine minutes in the second half when Gignac fired home from the spot after a foul in the area on Carlos Gonzalez.

Tigres will face either Champions League winners Bayern Munich or Egypt's Al Ahly in the final.

The Brazilian side attempted level matters late on, but the Mexican side did enough to secure the win and a spot in the final of the Club World.

Tigres become the first side from Concacaf - the federation representing North America, Central America and the Caribbean - to reach the final.