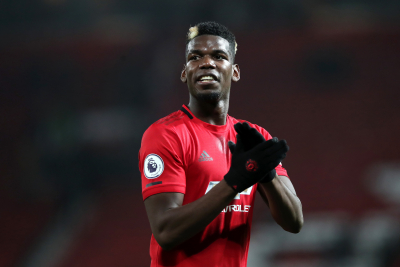 Manchester United boss Ole Gunnar Solskjaer said he was pleased with his players' mentality in their FA Cup fifth-round win over West Ham United after "feeling low" following the draw with Everton.

Scott McTominay scored in extra time to send the Red Devils into the quarter-finals.

An otherwise flat match did contain the first use of a concussion substitution - when Issa Diop was replaced at half-time by Ryan Fredericks after a clash of heads with Anthony Martial.

"We needed to have a good result and a good feeling today because we were low after the Everton game," he said.

"That was hard to take but they were really focused and did the job."

Manchester United captain Harry Maguire said he felt the players showed their strength of character to bounce back from the Everton result.

"Last Saturday was tough - especially in the second half," he said.

"We showed great spirit and a good mentality to come back and perform. We know it's a long season and tonight was perfect. It's important to get through."

On a bitterly cold night at Old Trafford, the hosts came closest to breaking the deadlock inside 90 minutes when Lukasz Fabianski reacted quickly to turn the ball on to a post after Victor Lindelof's header had taken a huge deflection off Craig Dawson.

But McTominay had the final word. Following a break that took them from one penalty area to the other, Marcus Rashford - on his 250th United appearance - flicked a delicate pass into McTominay's path with the outside of his foot and the Scotland midfielder's first-time finish flew low into the net.

It means Manchester United have reached the last eight for a seventh consecutive year as they bid to lift the trophy for the first time since 2016.

Tweet
More in this category: « Novak Djokovic and Dominic Thiem through, Stan Wawrinka out - Australian Open. Utah Jazz beat Boston Celtics to equal best ever start to season. »
back to top