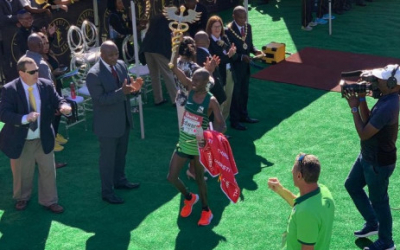 The 2021 edition of the Comrades Marathon scheduled for June 13 has been cancelled‚ organisers announced on Wednesday.

But the ultra-marathon‚ celebrating its centenary this year‚ will be held as a virtual run instead.

"This decision comes in the wake of engagements with KwaZulu-Natal Athletics‚ Athletics SA‚ the National Coronavirus Command Council‚ members of the medical fraternity and governmental departments‚" the Comrades Marathon Association (CMA) said in a statement.

It added that the decision was taken for moral and imperative reasons "given the ongoing uncertainty and unprecedented circumstances of the coronavirus pandemic‚ the onset of a second wave and a significantly more infectious variant of Covid-19".

The impending third wave of Covid-19‚ which is widely anticipated around April to June this year‚ has ended any such hopes and makes the hosting of any mass event in the near future highly unlikely."

The CMA said it planned to launch its centenary celebrations on May 24‚ the 100th anniversary of the first Comrades race.

The CMA was also formed in 1921, meaning it will be celebrating its centenary this year.

Tweet
More in this category: « Real Madrid scored twice in second half for important win over Getafe. Chiefs' CAF Champions League trip to Morocco in limbo,could be rescheduled for a neutral venue. »
back to top