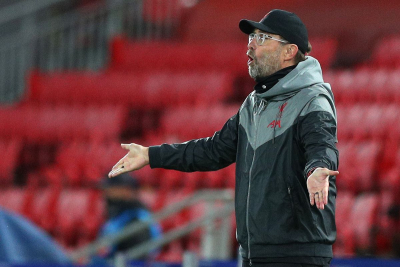 Liverpool manager Jurgen Klopp was unable to return to Germany for his mother's funeral on Tuesday because of Covid-19 travel restrictions.

Germany has banned most travel from countries hit hard by new variants of the virus, including the UK.

Speaking to German newspaper Schwarzwalder Bote, Klopp said his mother "meant everything" to him.

"She was a real mum in the best sense of the word," he added. "The fact that I can't be at the funeral is due to the terrible times, but as soon as the circumstances allow, we will hold a wonderful commemoration that is appropriate to it."

Twitter
More in this category: « Manchester City extend unbeaten streak to 15 games in FA Cup win over Swansea. Sofia Kenin knocked out, Ashleigh Barty through - Australian Open. »
back to top