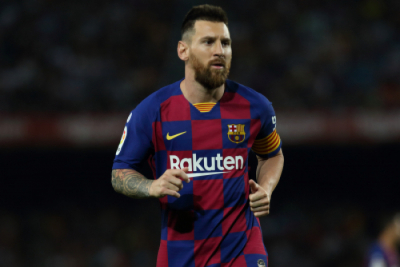 Rakitic - who left the Nou Camp at the end of August after winning 11 trophies with Barca - made sure with a thumping finish into the roof of the net.

Lionel Messi could have snatched a late away goal but was denied by Bono.

Julen Lopetegui's side saw out the win without conceding to take a big advantage into the second leg at the Nou Camp on 3 March.

Barcelona beat Sevilla 5-0 in the final three years ago.