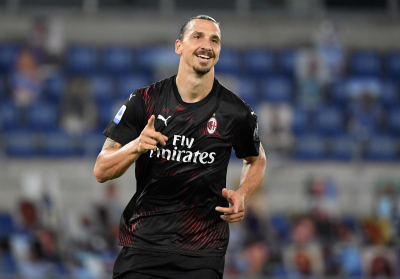 Spezia felled another Serie A giant as they shocked league leaders AC Milan with a dominant display in a 2-0 victory on Saturday.

City rivals Inter will go top if they beat Lazio on Sunday - with the Milan derby next weekend.

Promoted Spezia, who were in the fourth tier in 2010, fully deserved their victory and move up to 14th.

Giulio Maggiore was unmarked to slot home from close range and Simone Bastoni blasted in a fine second.

"I would never have imagined scoring against Milan, not even in my dreams," Bastoni told DAZN.

"We played a perfect match. If we continue to play so well we can have more days like this."

It has been quite the week for Spezia, who were taken over by an American consortium on Thursday, and celebrated by putting Milan to the sword.

It was only a third league defeat for Milan, who did not manage a shot on target.

They remain seven points above defending champions Juventus, who lost to Napoli earlier in the day.

For Milan, looking for their first Scudetto in a decade, the pressure is now on for them to respond in next weekend's crucial Milan derby clash at the San Siro.

Tweet
More in this category: « Naomi Osaka and Serena Williams into last eight - Australian Open. Siya Kolisi to leave WP for Sharks after an 11-year journey. »
back to top